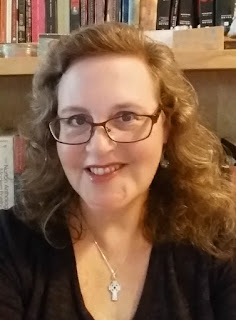 A fifth-generation San Diegan, Susanne Barrett married her husband Keith in 1985. She graduated from Point Loma Nazarene University with a Bachelor of Arts in Literature in 1988 and from the University of San Diego with a Master of Arts in English in 1991, with concentrations in Medieval Literature, British Literature, and Poetry. At USD she co-published the book Light of Learning: The Selected Essays of Morton W. Bloomfield, 1970-1986 with Dr. Elizabeth Walsh, Department Chair and Harvard Ph.D., in 1993.

After working at Harcourt Brace Jovanovich Publishers from 1988-1992, Susanne taught in the German Department at USD in 1991. She returned to PLNU as an adjunct instructor in 1992, teaching courses in Freshman Composition, MLA Research Methods, German, and World Literature.

In 2002 Susanne joined the teaching team at Brave Writer where she worked on the monthly subscriptions The Arrow, The Boomerang, and The Slingshot at various times. In addition, she has taught online courses in grammar and story writing and has designed, written, and taught online classes in Poetry, Shakespeare, Literary Analysis, Fan Fiction, and the MLA Research Essay. She continues to teach ten online courses per year at Brave Writer.

Susanne is a founding member of the Mountain Empire Creative Arts Council, an arts council in eastern San Diego County. She currently facilitates the monthly meetings of the Mountain Empire Creative Arts Council Writers’ Workshop where Susanne has given multiple readings of her poetry. She continues to publish her work on her personal blog, Meditative Meanderings, where she has posted her original writing since 2006. Susanne also co-edited the Book of Common Prayer 2011 for the Reformed Episcopal Church.